What is ATEX certification?

ATEX stands for atmosphères explosibles. It’s a European Union directive from the European Committee for Standardization that covers “equipment and protective systems intended for use in potentially explosive atmospheres.” An atmosphere can be explosive for several reasons, including flammable gases, mists or vapors, or combustible dust.

All equipment and protective systems intended for this type of use in the EU must meet ATEX health and safety requirements. In this way, the directive is similar to an OSHA or NEC standard in the United States.

Equipment manufacturers whose products are intended to be used in Europe are responsible for making sure their equipment complies with ATEX standards. This process involves conformity assessment procedures and certification by a third party called a “Notified Body.” Certified equipment is marked with the symbol shown in graphic.

The aim of directive 94/9/EC is to allow the free trade of ‘ATEX’ equipment and protective systems within the EU by removing the need for separate testing and documentation for each member state.

The regulations apply to all equipment intended for use in explosive atmospheres, whether electrical or mechanical, including protective systems. There are two categories of equipment 'I' for mining and 'II' for surface industries. Manufacturers who apply its provisions and affix the CE marking and the Ex marking are able to sell their equipment anywhere within the European union without any further requirements with respect to the risks covered being applied. The directive covers a large range of equipment, potentially including equipment used on fixed offshore platforms, in petrochemical plants, mines, flour mills and other areas where a potentially explosive atmosphere may be present.

In very broad terms, there are three preconditions for the directive to apply: the equipment a) must have its own effective source of ignition; b) be intended for use in a potentially explosive atmosphere (air mixtures); and c) be under normal atmospheric conditions.

The directive also covers components essential for the safe use and safety devices directly contributing to the safe use of the equipment in scope. These latter devices may be outside the potentially explosive environment. 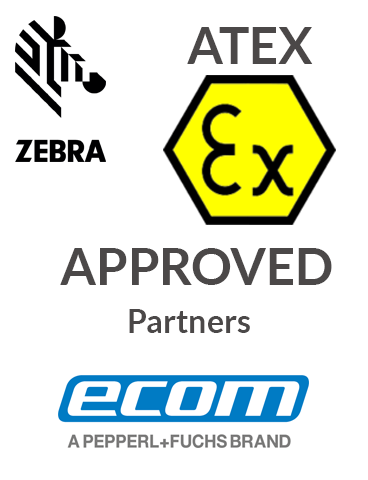 To discuss in more detail just what we can do for you, please do not hesitate to contact our friendly team of specialists on 03333 660 842

The Xplore XBOOK L10 2-in-1 is a highly versatile rugged tablet designed to be the perfect laptop replacement.
Call for pricing
Filters Close
Clear All
Manufacturers Clear
Selected Options
Clear All
Showing of results
Categories
Manufacturers
View all
Popular tags