European Regulation (EC) No 1272/2008 on classification, labelling and packaging of substances and mixtures came into force on 20 January 2009 in all EU Member States, including the UK. It is known by its abbreviated form, ‘the CLP Regulation’ or just plain ‘CLP’.

The CLP Regulation adopts the United Nations’ Globally Harmonised System on the classification and labelling of chemicals (GHS) across all European Union countries, including the UK.

As GHS is a voluntary agreement rather than a law, it has to be adopted through a suitable national or regional legal mechanism to ensure it becomes legally binding. That’s what the CLP Regulation does.

As GHS was heavily influenced by the old EU system, the CLP Regulation is very similar in many ways. The duties on suppliers are broadly the same: classification, labelling and packaging.

The existing legislation on classification, labelling and packaging has been agreed at European Union level and, from 2015, will be directly applied to all EU member states, including the UK.

The rules they have to follow when they are classifying will change though, and a new set of hazard pictograms (quite similar to the old ones) are used:

For further information on how we can help you streamline your business contact us today. 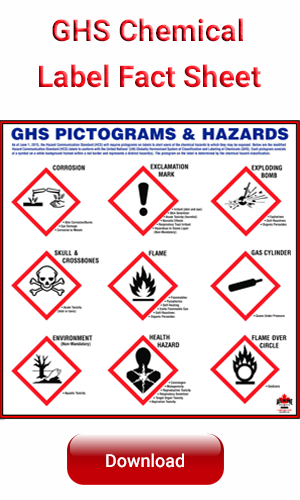 If you are in need of more information or would simply like to discuss a system specifically designed for your needs, please use our contact form.